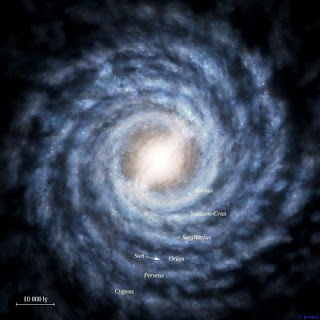 In previous posts we’ve looked at how to do the Sun Salutation with kids. In the next few post I want to talk about the meaning behind the Sun Salutation. Introducing these topics to kids can lead to an interesting discussion and you can find out what they think about it. Plus, looking at all levels of yoga, body, mind, and spirit, injects meaning into a ritual.

name for the Sun Salutation is actually Surya Namaskar.

Surya means Sun, it represents our Consciousness. Namaskar is a two part word. The first part, Namas, means “bow” or “salute.” The second part, kar, refers to the “do-er” of everything. This Sanskrit root kar, can also be found in the word karma which means the stuff we do, our action. The English word creator, also has the root kar at the beginning.The whole word Namaskar has various translations, the most common is Salutation, another is “making obeisance.”

Obeying the Sun – Obeying the Consciousness
When we do Surya Namaskar, the Sun Salutation, we are bowing to, saluting, and obeying the sun which is our Consciousness. When you think of the sun as a glowing ball of energy floating in the middle of a massive and unending universe – it defies logic. Where did it come from, why does it keep burning, when was it created, when will it burn out? No one really knows, beyond theory, most speculations are usually given plus or minus a few billion years.

We do know that without the sun there would be no life on earth. We feel the warmth of the sun’s caress when it is close. We see how frozen the world becomes when it is distant.

Revolve Your World Around the Sun: Our solar system revolves around the sun. The earth represents manifestation. In the Dark Ages people thought the sun revolved around the earth. When we obey the external conditions rather than the Consciousness, it is like we are living in the Dark Ages.