Kids, Money, Success, and Yoga
Today is Blog Action Day 2008 on the topic of poverty and when teaching kids yoga it relates to an important topic to a lot of kids – money.

So many kids I teach think that having money is success and that if they just had money then all their problems would be solved.

If we Get money first:
I know I have thought these types of things. If I get “x” dollars first, then I can do what I want. Get financial security before you do anything else. Save for a rainy day. You’ve got to take care of yourself because no one else is going to do it for you.

It’s scary for an adult – and it’s a message that shapes the mindset of children. It creates a culture based on money.

The Truth About King Midas
My teacher, Tulshi Sen, explained a story I had heard many times, but never really understood: The story of King Midas and the Midas Touch. The story goes:

King Midas recieved the boon that whatever he touched would turn to gold. At first he was delighted with all the gold he had. But when his daughter came running to hug him, she turned to gold. His soup turned to gold and so on.

His life became miserable and he spent the rest of his time trying to get rid of his power.

“If you want to become wealthy then wealth must be a genuine desire in your heart. Seeking wealth for security’s sake under the guise of becoming wealthy is not success. You will become like King Midas. You will see your children but you won’t feel them. You will embrace your lover but you won’t feel the euphoria that you want to feel in that embrace. You will dine in the most exclusive restaurants and be served the finest cuisine but you will not taste the food.”

Who Do We Hug More, Our Children or Our Bank Account?
Right now the downturn in the economy is all over the news. Are we pushing kids out of the way so we can read the financial report?

The Secrets of Success Are In Your Heart
When teaching kids yoga, we do alot of imagining and daydreaming.

Ask Kids: If you can have whatever you want what would you want?
If the answer is money, then take the time to talk about true security. You don’t have to look far to see people who have more money than they know what to do with dealing with addictions, divorce, depression, and so on. Why is this happening if they have all this money?

What would money allow you to do? What is really in your heart?

Finding The True Source of Security
We do yoga and meditation to achieve Unity, to realize all the power of creation within us. We don’t have to get money to feel secure.

The Ancient Path to Success for Today’s World 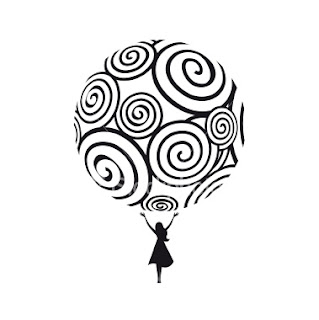 “The Secrets of Success are in you now. Your Consciousness is your touchstone and it can make gold at will. Unlike King Midas you have the ability to use the Touchstone when you choose to. Right now your stone is not under your control, it is under the possession of your mind. You have to reclaim it.”
Ancient Secrets of Success for Today’s World
by Tulshi Sen, p. 19

There are powerful meditations in this book by Tulshi Sen that will help you realize this, if you haven’t learned it yet. Whatever lineage you follow they all seem to lead to the true source of security, the true wealth that comes from within. Meditation lets you overcome your conditioning to believe it.

Money is not bad or good – it is a currency. Let’s reclaim our minds and create a culture based not on a big bank account, but on the true success of the heart. Based on love. Then we will see all the wealth we want coming to us.

What do you teach kids in yoga about wealth and poverty?

This video really explains the longing of the soul to find its purpose – the secret of success.

The Longing of the Unlit Lamp
by Tulshi Sen